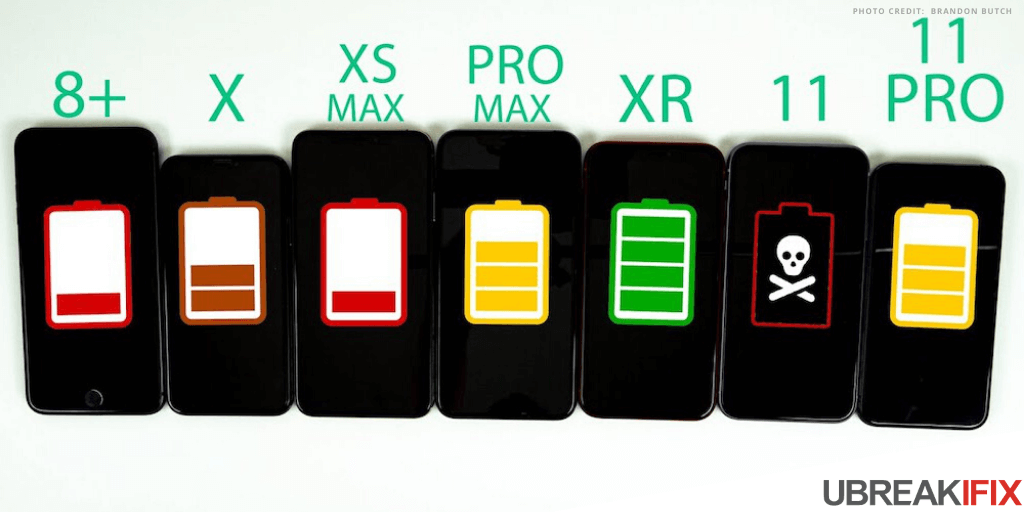 Apple’s NEW iPhone 11, iPhone 11 Pro and iPhone 11 Pro Max all have major upgrades in the battery or battery replacement. But how do they stack up to previous models?

Today, we’re getting another real-world test of the iPhone 11 Pro Max. Except for this time, popular YouTuber Brandon Butch compared the 6.5-inch handset to various other iPhone models. (See below.)

Like the PhoneBuff test, this clip mimics real-world smartphone usage including recording and viewing video, playing mobile games, browsing the web, and other intensive tasks.

PhoneBuff’s previous test found that the iPhone 11 Pro Max lasted about 11 hours, 5 minutes of “screen-on” time. The discrepancy between that result and Butch’s is likely because the latter YouTuber subjected the iPhones to more battery-draining tasks for longer.

While the iPhone 11 Pro Max clearly won out over its other Apple counterparts, some of the other results of the test were less flattering for Apple’s newest handsets.

The iPhone 11, for example, only lasted 6 hours and 34 minutes. That’s about the same as the previous generation iPhone XR (and is actually slightly lower than that handset). There could be a few reasons for that, particularly in the camera and processor department.

While the two devices are pretty on-par when it comes to specifications, the dual-lens camera system is going to be a bigger battery drainer than the XR’s single-lens system.

Get the best battery replacement services from the Fix My Gadget repair shop in Peoria.

No comments to show.